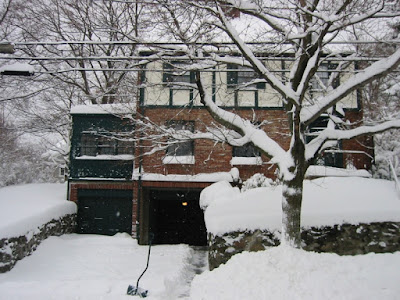 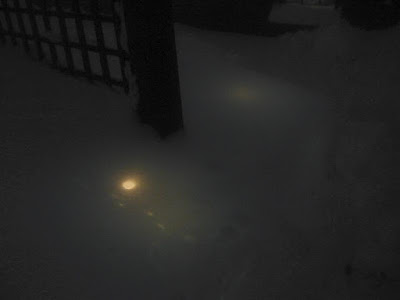 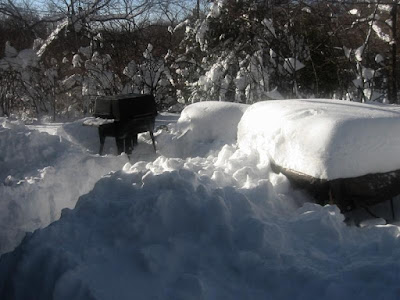 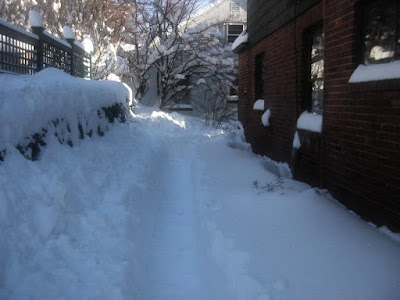 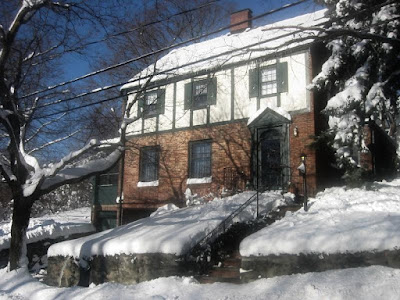 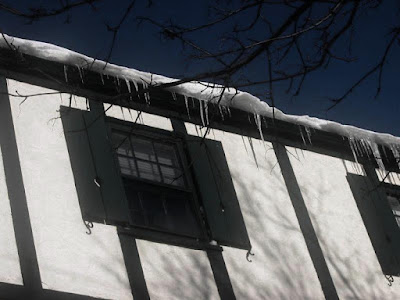 Popular posts from this blog

October 23, 2008
2008 rebuilding of the shutters during my month off. The old shutters. Left is the one that nearly fell off the house when the hinge rotted off. Same process happening on the right one. Middle is my first attempt at rebuilding the shutters c. 2004. It weathered well, but you can see I did not a great job. The central gap is way too wide, I was trying to compensate for the fact that modern 1x8's are not 8" wide. New version made form 1x10's. We used the ripped off extra to make the cross-braces. This photo was taken in my father-in-laws basement, where my father-in-law mostly manufactured them with all his nifty toys. Thanks Rami! Painting was a long and arduous process. Here all six are finally ready to go after 50,000 coats of paint. Hinges on, sealed, and painted... so they went up today. Hopefully they won't rot out the same way. The screws for the hinges were put in through a bead of silicone and them painted over in an attempt to keep the wat
4 comments
Read more

January 23, 2005
31 inches on the roof, and Still snowing. Can't be a drift, because it's a flat roof open on three sides.   Time to shovel the... roof? More to come! Forecast says snow at least until afternoon, and likely on into the evening! Woot! Afternoon on Sunday Drifting at the front door. First shovel width down the drive. Doesn't look like SO much snow, does it? Neighbor Jim helping out with the sidewalk (thanks Jim!) The street. Whew! I need a snow blower... Maybe I'll leave the front walk for another time. Nobody can get up it anyway. Piles of snow on the BBQ. Ice on the sunroom storm door.
Post a Comment
Read more

January 22, 2007
We’ve really been hit hard this year!  I don’t think we’ll be able to get out to get food for  several weeks at least.  We’re scared.  We’ve got the guns to keep the looters away, but you know they’re going to either freeze to death or starve, so you feel bad... We are worried about the retaining wall collapsing. I had to climb out a third story window to get this shot. No plows, those are tracks made by the desperate.
3 comments
Read more